What’s Driving Mortgage Rates and Why Do They Need to Rise? 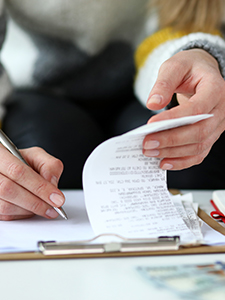 Mortgage rates have been consistently trending higher since the start of 2022. Recently, they reached levels not seen since before the pandemic. Many factors have contributed to the rise, and the effect has been a busy market. Homeowners are considering refinances, home buyers are pushing home inventory levels to an all-time low, and home builders are feeling decreasingly confident in the market outlook. But some housing experts argue that increasing mortgage rates aren’t actually a bad thing. In fact, they could actually help the market get to a healthier place.

Many people hear ‘rising mortgage rates’ and think higher cost to borrow, more money spent, and ultimately bad news for their wallets. But in the current atypical housing market, rising rates might not be the worst thing.

Logan Mohtashami, lead economist at HousingWire, explains that, although the housing market is hot, it’s not necessarily healthy.

Mohtashami argues that as long as mortgage rates can stay between 4% and 4.5%, housing should cool down in terms of creating more days on the market, less buyer competition, and lower home prices. Then, more sellers might be willing to put their homes on the market because they know finding another home won’t be as difficult.

Overall, rising mortgage rates are inevitable. Although we’ve been enjoying record low rates for the past two years, we’ve also been seeing record high home price acceleration and record low home inventory. Rising rates may not sound ideal, but in the long run they should help the market stabilize.

If you’re debating whether to buy now or wait, check out our home affordability calculator to compare your purchasing power in different scenarios.