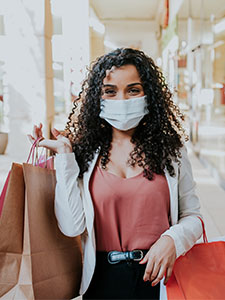 Mortgage rates took a sharp downward trend last week, hitting some of their lowest levels in the past five months. No major market-moving reports have caused the drop, but “timing pays a role,” according to contributors at Mortgage News Daily. Two weeks ago, we saw a stronger than expected jobs report, which would normally push rates higher, but rates didn’t move significantly and continued floating. Then, after the three-day weekend, trading resumed, and the bond market improved substantially – pushing rates lower. This week, the consumer price index and retail sales are both scheduled for release – which may also have an impact on rate movement.

The consumer price index (CPI) tracks the changes in the average prices of a fixed basket of goods and services sold to final consumers. Typically, the CPI is used to gauge inflation. In May, the CPI increased 0.6% month-over-month and 5% year-over-year, marking the fastest annual pace of increase since 2008. Though this is the largest CPI reading since the Great Recession, the Federal Reserve was dismissive of the numbers, claiming that the spike is largely transitory. Should inflation continue to increase sharply, it’s likely the Fed will step in earlier than initially anticipated, raising rates and tapering purchases.

Retail sales measure total receipts at stores that sell merchandise and related services to final consumers. In May, retail sales fell 1.3% month-over-month, but jumped 28.1% year-over-year. Some of the largest annual sales increases were in clothing, up 200%, and food and drinking services, up 71%. Retail sales are another good indicator of the economy’s growth – which is a key factor in the Fed’s decision on when to raise rates.

As inflation and the cost of goods rise, and more of the country is opening up again, your budget will likely need a little bit more room for spending. One great way to lower your monthly expenses is by refinancing your mortgage to a lower interest rate. To see how much you could save per month, check out our mortgage payment calculator or contact us for a more in-depth assessment.