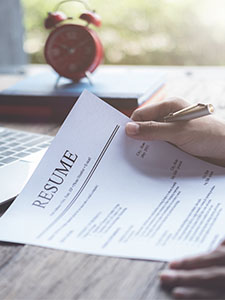 Last week, mortgage rates remained relatively unchanged, continuing to trend near historic lows. Early in the week, the bond yields fell due to stocks losing ground. Mortgage rates typically follow the momentum of the bond market, so they hovered near their current lows. Later in the week, several employment reports were expected to have an impact on rates. ADP employment was increasingly positive but the employment situation reports were mixed. Though a couple of the reports saw higher-than-expected increases (average hourly earnings, average weekly hours), others fell below expectations (manufacturing payrolls, nonfarm payrolls, private nonfarm payrolls, and the unemployment rate). Consequently, rates didn’t see much movement and remained low.

The Labor Department’s Job Openings and Labor Turnover Survey (JOLTS) tracks month to month changes in job openings, hirings, and voluntary quits.  In February, job openings reached a level of 7.37 million. This is the survey’s highest recorded level of job openings since January 2019 and near the all-time high of 7.57 million. Hirings increased as well. Around 5.74 million people were hired in February. The quits rate remained unchanged at 2.6% and is back to pre-pandemic levels.

The JOLTS should provide further insight on the health of the labor market – a large factor influencing the Fed’s decision on interest rates. The mortgage application survey is a good reflection of the current mortgage market. If you’re considering a home purchase or refinance for a larger-sized loan, ask us about our Jumbo Loan options.