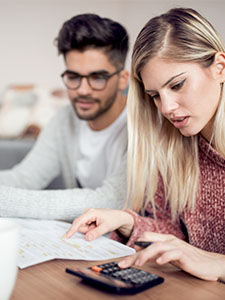 Mortgage rates trended higher last week as traders digested more economic data that led them to believe July’s brief cooling was premature. Inflation data from overseas and stronger-than-expected jobs data from the U.S. were two large contributors. Inflation is the enemy of bonds (which influence rates) – regardless of whether it’s domestic or foreign. Higher-than-expected jobs data indicates that the economy is not cooling as expected in July. All things being equal, a weaker economy leads to lower rates. Due to the unexpected economic strength, rates saw a bit more volatility last week.

This week is relatively quiet for market-moving reports. July’s consumer credit data is scheduled for release on Thursday. Also scheduled for release is the Federal Reserve’s Beige Book – set for Wednesday – which summarizes recent economic activity and conditions before a Federal Open Market Committee (FOMC) meeting. Release of the Beige Book has been known to impact rate trends occasionally.

See how you can consolidate your debt and contact us today!