Breaking Down the Fed’s Minutes: What’s Next and What Does it Mean for You? 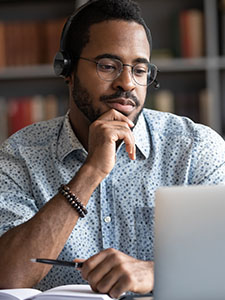 Last Wednesday, the Federal Open Market Committee (FOMC) released its minutes from the September meeting. Not surprisingly, the minutes showed a collective opinion from Committee members that tapering asset purchases would be appropriate given the economy’s progress. Somewhat surprisingly, the Fed changed its take on inflation and believes it could remain elevated throughout next year. Almost all Fed members saw substantial progress toward maximum employment. Both inflation and maximum employment were two benchmarks that the Fed was using to determine when a taper would be appropriate. Many members thought that tapering could begin as soon as next month. But what does this actually mean for you and how does it affect mortgage rates?

What are asset purchases?

Asset purchases and the benchmark interest rate don’t directly dictate your mortgage rates, but they to indirectly affect them. Since the benchmark rate is a ‘reference’ rate, lenders use it to help determine what rates they will offer. The effect of asset purchases on mortgage rates is a bit more complicated. When investor demand is high for assets like mortgage-backed securities, mortgage rates tend to be a little bit lower. When investor demand is low, rates might be slightly higher. For the past year and a half, the Fed has been a huge investor in mortgage-backed securities. Once it starts to taper its asset purchases, investor demand will dip slightly, and could push rates higher.

When will the Federal Reserve begin tapering assets and raising rates?

Fed members feel that the economy has shown great progress and strength in its recovery from the COVID-19 pandemic. Almost all Fed members feel that their economic goals have been met. In the Fed’s minutes, it said that it could begin tapering assets as soon as mid-November. However, the Fed has yet to even announce the tapering of asset purchases, so other economic experts also predict that it could begin tapering in December as well. Either way, we know that the Fed’s target date to complete the tapering process is mid-2022.

The Fed isn’t going to stop purchasing assets all at once. It will gradually cut back on asset purchases over the next eight plus months. The minutes from the September meeting indicated that the Fed will likely initiate the taper process by cutting $10 billion from their Treasury purchases and $5 billion from their mortgage-backed security purchases.

As for the benchmark interest rate, the Fed indicated that it could begin raising rates as soon as 2022. Though this is a vague estimate, many markets are currently predicting the first rate hike will be next September. Following last month’s meeting, the Fed revealed that it expects up to six rate hikes through 2024. This combined with rising inflation has led some experts to believe that there could be two rate hikes in 2022.

Somewhat surprisingly, mortgage rates didn’t seem to react too terribly to the news in the minutes. Historically, when the Federal Reserve talks about tapering or announces an asset taper, mortgage rates tend to react badly. It’s likely that the mortgage industry expected this news anyway due to recent hints from the Fed over the past few months. If you’re debating whether to buy or refinance now or wait until later, you can compare different scenarios with our mortgage payment calculator.