Christopher M. George advocates on behalf of the consumer and the lender.

Every time you shop you save with UpIt by HomeFundIt. 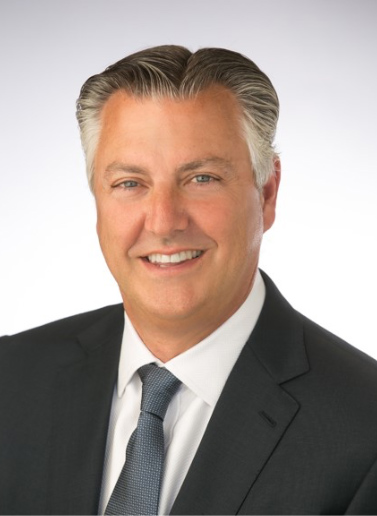 Established in 2006, the Executive Roundtable for Mortgage Finance provides an opportunity for industry leaders to gather twice a year to discuss pressing topics, new innovations, and legislative and compliance-based themes. “In addition to our goal of making the process easier, cheaper and faster for borrowers and homeowners to get mortgages, the members of the Executive Roundtable have goals we believe are focused on the right priorities,” states the Roundtable’s site. “We are focused on expanding the reach and opening the doors for borrowers who have historically not been able to borrow easily or on good terms, as well as making the industry more inclusive and more connected with minorities who are projected to be the largest cohort of future home buyers.” Participants at this year’s Roundtable include leaders from ICE Mortgage Technology, Corelogic, DocuSign, ATTOM, and the Mortgage Bankers Association.

“What [Chris has] built has been extraordinary,” wrote Stevens in a congratulatory statement. “Perhaps what’s most unique about [him] as a leader is [his] eagerness to test new approaches to the industry with products, organization structures, growth ideas, and more [...] The side of Chris that many don’t know about however is the dedication he brings to charitable causes, something he has generously been active in. From the MBA Opens Doors Foundation®, to helping injured Veterans through the Gary Sinise foundation, to supporting the #STEVENSSTRONG campaign, Chris has been a major part of these efforts.”

Chris George founded CMG Financial in 1993. Over the past 29 years, he’s transformed his seven-person retail mortgage company based in Pleasanton, CA to an award-winning lender that’s paving paths in mortgage innovation, responsible lending practices, and operational efficiency. While expanding his company to span across the nation, Chris developed groundbreaking proprietary products including the All In One Loan™ and HomeFundIt™. In 2011, he established the CMG Foundation, a philanthropic endeavor to support non-profit organizations including the Gary Sinise Foundation’s R.I.S.E. program, the MBA Opens Doors Foundation®, Homes for Our Troops, and the Cancer Support Community. In addition to serving as the President and CEO of CMG, Chris has served as the Chairman of the Mortgage Bankers Association (MBA) and received the Broker of the Year 2003 award by the California Association of Mortgage Brokers (CAMB). In 2019, he was presented with the HousingWire Vanguard Award. Throughout his various roles and several decades in the industry, Chris has remained a champion for both the lender and consumer.

“I always admired Chris,” wrote Anderman. “He started CMG about the same time I started Ellie Mae. From the time we first met I was impressed with his vision for not just CMG, but for our industry – his cool and collected management style, his ability to get things done, his ability to innovate and to compete – thrive really – in a challenging environment. And, of course, his commitment to service in our industry is so telling of a man willing to selflessly serve others. My hat’s off to Chris, and I heartily congratulate him on this wonderful recognition.”