What Experts Are Saying About Rising Inflation 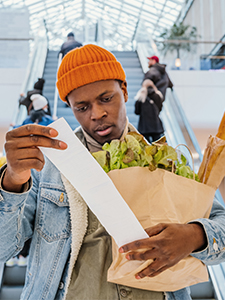 Last week, the consumer price index showed that inflation has surged to a 40-year high. Up 7.5% year-over-year in January, the index rose much higher than economists had expected. Have we seen the worst of it? What’s next for the Federal Reserve? What does this mean for you? Here’s what market experts have to say.

The Federal Reserve will likely raise rates in March

"We definitely are poised for a March increase," said Mary Daly, San Francisco Fed President. "But after that, I want to see what the data brings us ... let's get through Omicron, let's look at this and let's see." With inflation soaring at an increasingly fast pace, the pressure is on the Fed to make some moves. The Fed has several tools in its toolbox to help regulate the economy. One is the benchmark interest rate. Raising the benchmark interest rate typically helps cool inflation. Fed Chair Jerome Powell said that he and the Fed members were "of a mind" to raise the benchmark rate at the meeting in March. Some experts even think a double hike could be coming in March. “Investors are now pricing in a 99% chance that the Fed raises interest rates by 50 basis points in March, according to the CME Group's FedWatch tool,” wrote CNN Reporter Matt Egan. A half-point rate hike hasn’t been executed since 2000. But it could help ease inflation pressures quicker.

Inflation should start to cool down soon

Although inflation has jumped to a 40-year high, many economists are hopeful that it is near its peak. "I expect inflation to come down significantly in 2022," said White House economic advisor Jared Bernstein. However, prices may not start cooling off until later in the year. “We do not believe that inflation will start to moderate until the second half of 2022, as gasoline prices are up over 10% since [January’s] report and rent is likely to accelerate,” ??wrote Jay Hatfield, chief investment officer at ICAP. With the added help of rate hikes, inflation should start to tamper down. Eventually, this can help ease prices on things like gas, food, and homes.

Some homeowners are benefitting from inflation

Homeowners with a fixed-rate mortgage are likely benefitting from higher inflation levels. Because your interest rate is locked in, it won’t ebb and flow with the tides of the market rates or inflation levels. And as inflation jumps higher, prices and values of homes climb, which gives homeowners more equity. You’re also paying back your mortgage with devalued dollars – making it easier to pay off your loan sooner (assuming your wages rise with the tide of inflation). Additionally, homeowners are not subject to higher rent prices that result from high inflation levels.

If you’re trying to decide whether to buy now, before March’s rate hikes, or later, it’s best to focus on your personal finances rather than market trends. “It’s best not to try to time the market. If you wait on the expectation that prices will fall in a year or two, you might be disappointed,” said Holden Lewis, home and mortgage expert at NerdWallet. “Instead, buy now if you’re sure you’re ready and you can afford a home … it’s a highly personal question without a one-size-fits-all answer.”

If you’re trying to decide whether now is the right time for you, feel free to reach out to us to chat more. You can also compare home buying scenarios with our rent vs. buy calculator.